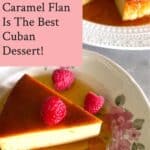 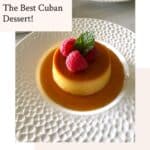 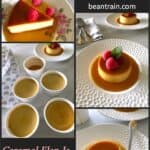 Cuban flan is, hands-down, the most popular Cuban dessert, and for a good reason. It’s a luscious, creamy, special-occasion-worthy dessert that is super easy to make. This is the dessert that’s on every Cuban table on Christmas Eve (Noche Buena).

This is my Cuban mom’s flan recipe, and she makes it often. With my mom (aka the Bean Train), if you’re sick you get chicken noodle soup, and for all other occasions, you get a Cuban flan. If it’s your birthday, you get a flan, if it’s your anniversary, you get a flan, and if she’s coming over for dinner… another flan! All her neighbors get this Cuban dessert for Christmas, and I’ve got to tell you, it’s made her pretty popular on her block!

If you’re not familiar with it, caramel flan is a creamy dessert made with two types of milk, eggs, and vanilla and has a delicious caramel sauce made with sugar. It’s like Crème Brulee but it does not have the hard sugar crust on top. The caramel is baked with the dessert and becomes this rich sauce that bathes the creamy dessert in delicious sweetness. It’s so, so good, I can’t wait for you to try it! Of all the Cuban recipes you can make, this Cuban flan recipe is the one to try first!!

As I said, this caramel flan is super easy to make. You don’t need to mix anything and there are only five flan ingredients in this Cuban flan recipe: sweetened condensed milk, evaporated milk, eggs, vanilla, and salt. You can mix these ingredients by hand or just throw them in the blender for 30 seconds.

I like to use vanilla paste because I think it gives your baked goods a richer taste, but regular vanilla is fine. When you use the paste, you get more of the vanilla beans in the dish. You’ll notice it in the sliced flan. Sometimes it may leave a mark on the surface of the cake as the beans settle to the bottom of the flan and then when you invert it, you’ll see it. I usually garnish my flan with some raspberries so it’s not noticeable, but you can see it a bit in the sliced flan photo in this post.

The caramel is also super easy to make, as it’s just melted sugar. Some folks like to mix water and sugar and heat this on medium heat until the caramel forms. But I find this method takes longer and you must be careful to not overcook the caramel. It’s much easier to melt a cup of sugar over medium high heat. Once all the sugar has melted, you’re at the right caramel color and it takes a fraction of the time.

Two things you need to know about caramel… don’t stir the caramel in the pan. That will keep it from forming. You just shake the pan a little to swirl the sugar as it’s melting. Also, the caramel is SUPER HOT and can burn you if you’re not careful. Don’t use plastic spoons or other plastic utensils near it and be SUPER CAREFUL when pouring it in the mold.

How To Make Cuban Flan

Caramel flan cooks in the oven in a water bath called a bain-marie. You can pour the flan in half-cup ramekins affiliate link for individual portions or bake in a pie plate or cake pan. You need to make sure to pour enough water to reach about halfway up the sides of the flan mold affiliate link.

Baking times will vary depending on the container you use. Ramekins take under 30 minutes the pie plate or cake pan make take you around an hour of baking time.

Once they’re done, let them cool at room temperature and then place them in the fridge for four hours or overnight. Run a sharp knife around the edge to invert it on a plate and give it a light tap.

If you baked it in one pie plate or cake pan, the weight of the flan will make it easy to unmold. If you used the individual ramekins, you need to have a little patience or gently coax it out with the edge of the knife, but be careful not to mar the smooth surface of the flan.

Once you’ve unmolded the flan, pour the rest of the caramel sauce over the flan and garnish it with a few raspberries and a mint leaf.

You can also cook the flan in the Instant Pot affiliate link. You’re still using the bain-marie method, though. To be able to cook it in the Instant Pot you’ll need a flan mold with a lid called a “flanera.” You can find these at many supermarkets. I bought mine at my local CVS pharmacy that sells some Latin cookware (yea, I know, only in Miami!). You can also find these on Amazon.

Instant pot flan cooks in just 25 minutes, but there’s the time it takes for the Instant Pot to develop pressure and then you need to give a few minutes to release the steam before you open it.

The flan mold creates a nice, tall cake. I personally like this method because it’s so foolproof. You don’t have to check the flans for doneness. This also gives you better portion control so you can cut smaller slices if you have more people.

But I do love the way the individual caramel flans look, they are so cute!

Try this Cuban flan recipe the next time you’re thinking of baking a cake for a special occasion. Or make it just because you want to indulge. You can’t beat how easy this Cuban recipe is to make!

This caramel flan is a very traditional Cuban dessert. It’s a luscious, creamy special-occasion-worthy dessert that is super easy to do. What makes this dessert so awesome is the fantastic one-ingredient caramel sauce. And this Cuban flan recipe could not be easier to make! 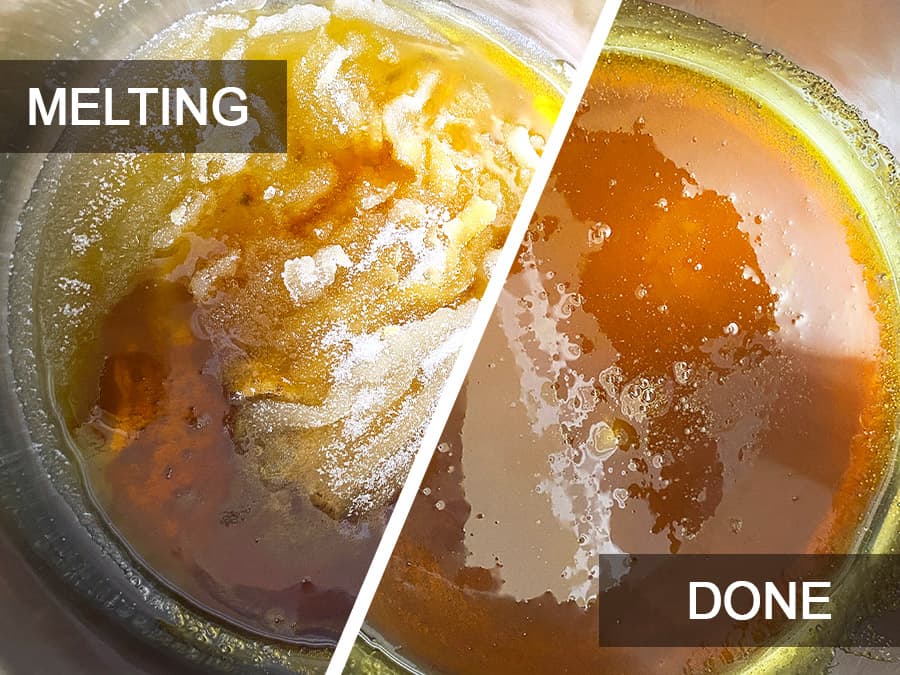 Preheat: Preheat the oven to 325 degrees, if you’re baking.

Mix: Pour the cans of milk into a blender. Add the five eggs, a teaspoon of vanilla and a pinch of salt. Blend on low for about 30 seconds.

Bain-marie: Place your flan container (ramekins, pie plate or cake pan) in a large roasting pan with deep sides and fill the pan with water up to halfway mark on the container. If you’re using the Instant Pot, you’ll add the water last.

Cool: Let the flan come to room temperature and then cool in the refrigerator for 4 hours or overnight.

Garnish (optional): Top the flan with a few raspberries. I also use a mint leaf on the individual portions. 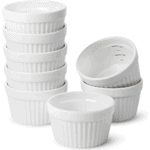 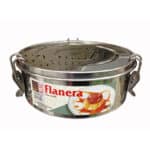 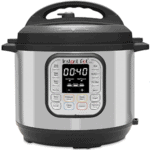 The caramel will baked onto the flan mold affiliate link or ramekins affiliate link and it looks impossible to remove. But just soak the container in water and the sugar will dissolve. 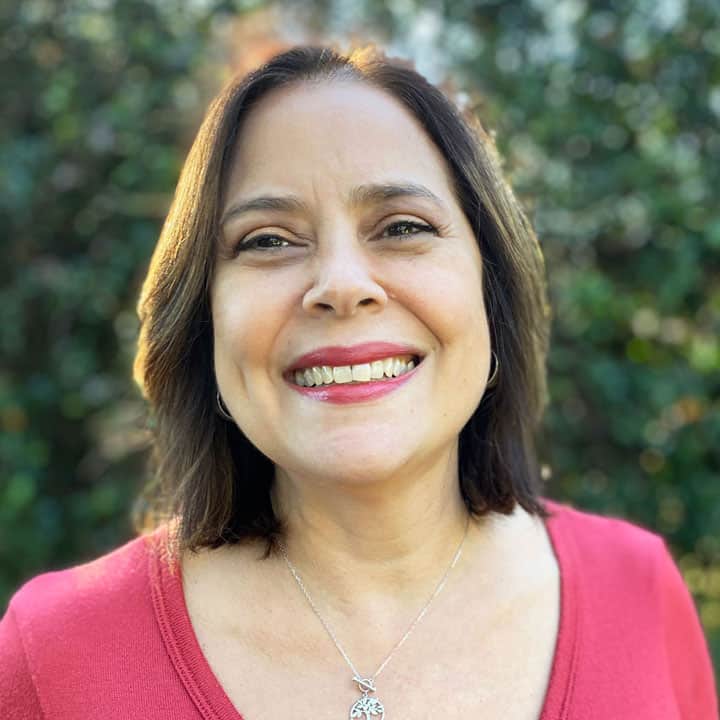 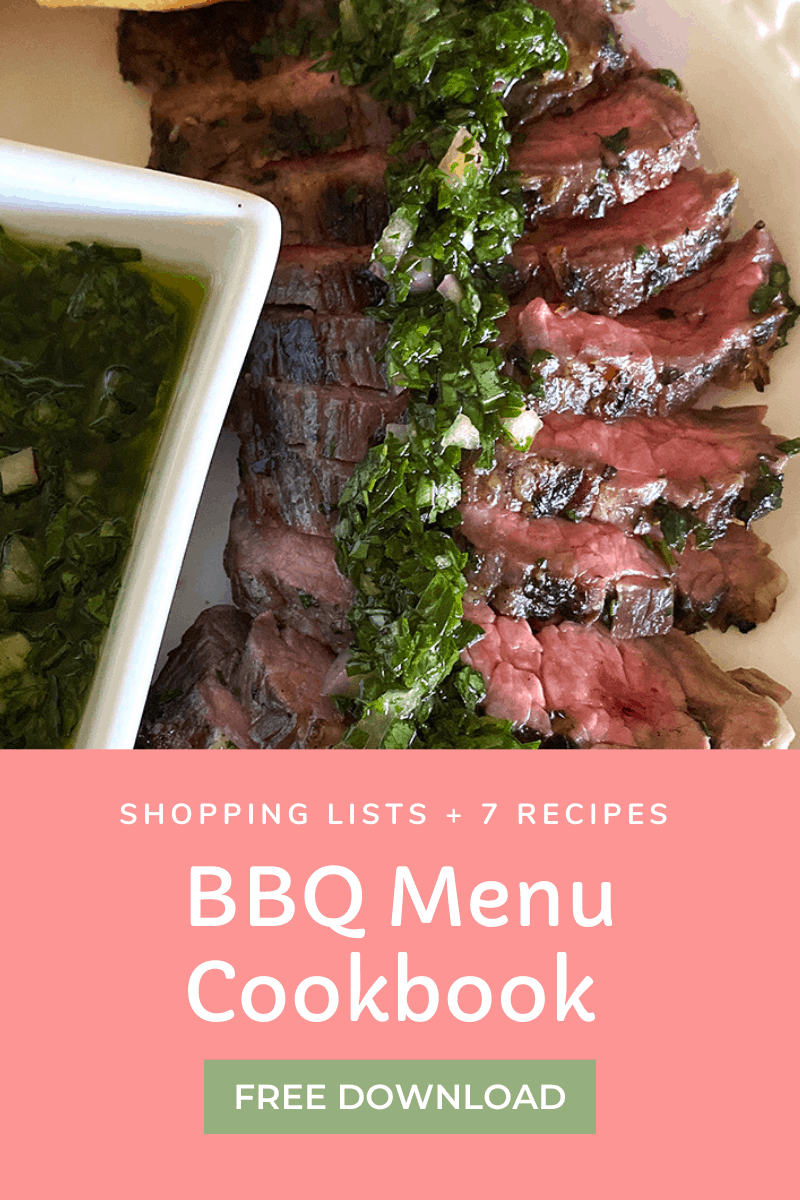 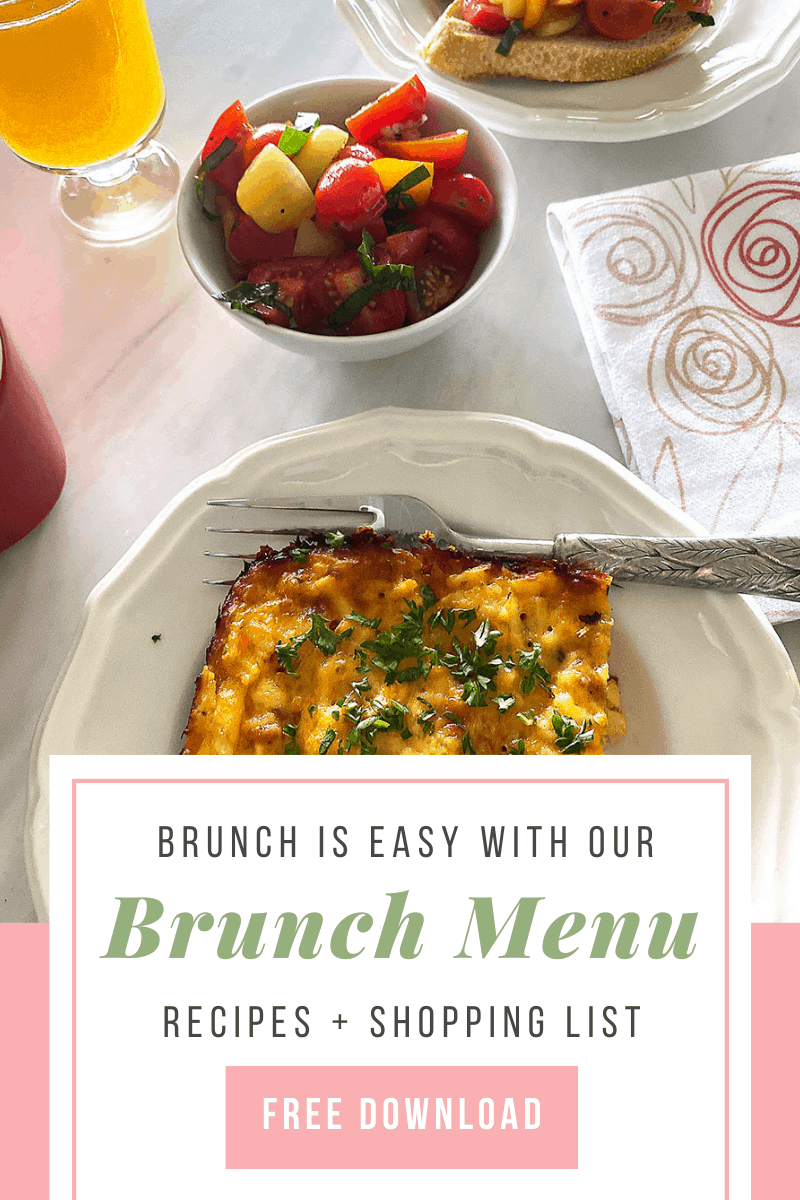 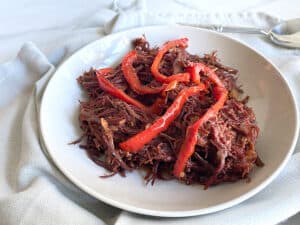